Every Sunday, we bring together a collection of easy-reading articles from analytical to how-to to photo-features in no particular order that did not...
Read more

In early spring 1839, Paris was abuzz with excitement in connection with a recently published letter, in which the invention of photography was...
Read more

Claudia Kinmonth is a woodworker and scholar who has focused her research and writing on the vernacular furnishings of rural Irish homes, primarily...
Read more


In an effort to expand the opportunities for women, Red Bull has hired a group of women photographers to document three key Hawaiian big-wave breaks (Jaws, Waimea, Outer Reefs) for the entire winter season.

The Hawaiian big wave season has been in full swing since November and normally continues through February. After soliciting women for the opportunity, Red Bull is now starting to show what the photographers were able to create. Both the surfing and photography industries are male-dominated, and Red Bull hopes that this gallery will provide a new lens with which to view the sport and capture a more intimate angle of the competitors.

Red Bull tells PetaPixel that the goal of the photography project is to highlight women photographers – with a spotlight on existing professionals on the island as well as those that are just starting their careers.

The organization says that it has made a commitment to hiring a different woman to shoot each day and every swell in the hopes that, once finished, there will be a collection of the single largest gallery of surf photography from women photographers ever assembled.

Red Bull has provided an extraordinary series of photo from five photographers that have already taken advantage of the opportunity. Below is a small sample of those provided to PetaPixel which illustrate how each photographer’s style translates to beautiful differences in finished images.

Daughter of Hawaiian surf and water safety legend Brian Keaulana and granddaughter of the equally legendary Buffalo Keaulana, Ha’a Keaulana grew up immersed in big-wave culture and has made Makaha Beach, one of the iconic big-wave breaks, her home. She has combined an artistic spirit with a life steeped in saltwater to bring a more intimate look to surf photography. 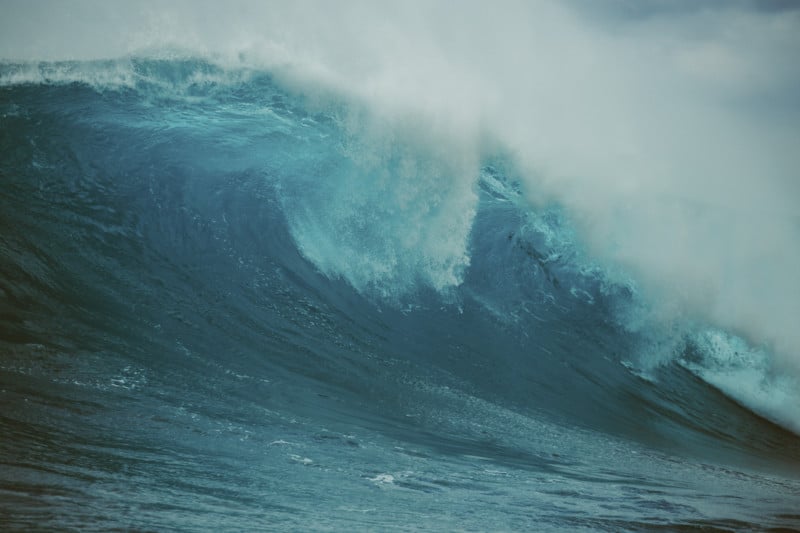 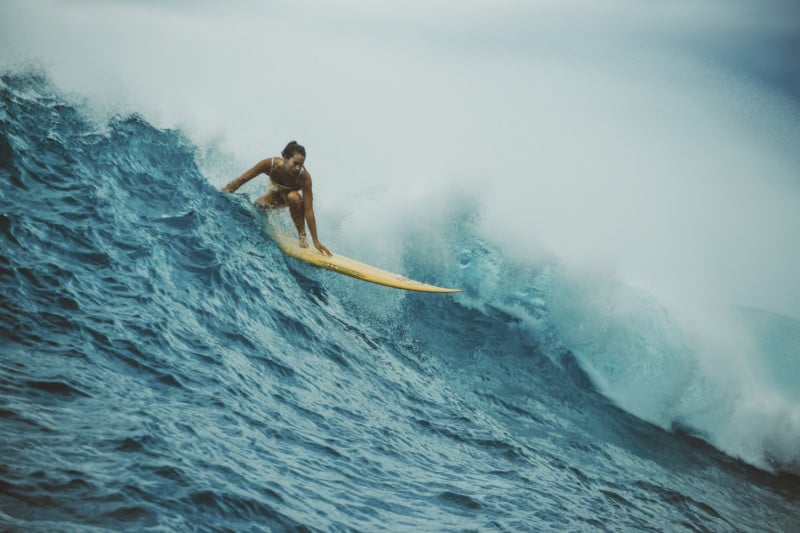 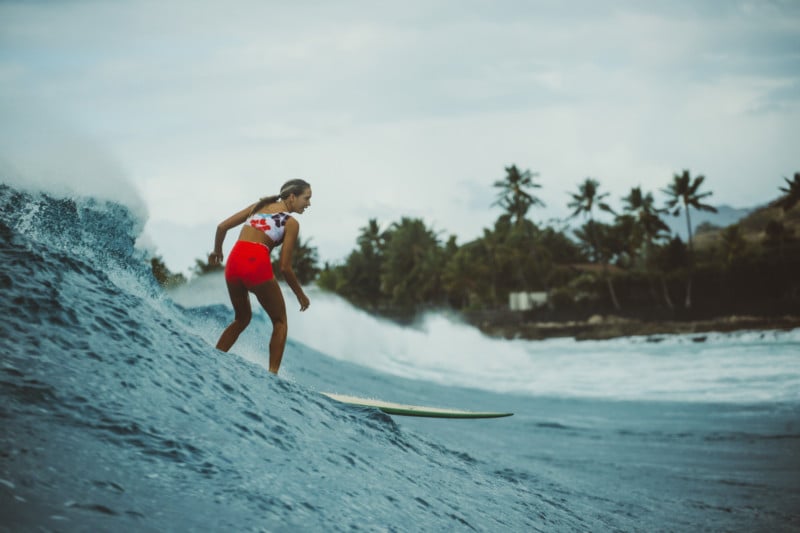 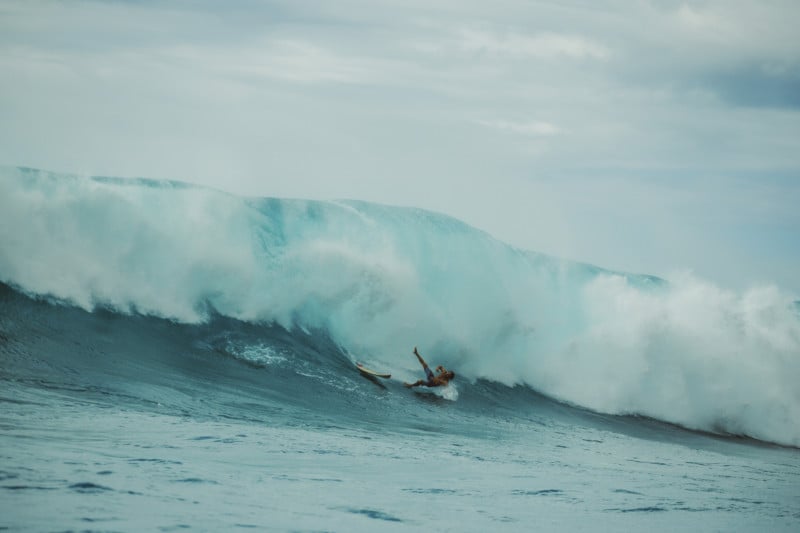 Christa Funk is a former competitive swimmer and Coast Guard Academy member who moved to Hawaii and fell in love with water photography. Drawing from her strong swimming background, Funk quickly flocked to one of the most difficult surf photography assignments in the world: swimming the big-wave Hawaiian breaks, namely Pipeline. As one of the only women shooting breaks like Pipe and Waimea from the water, she’s successfully captured some of the most beautiful surf shots of the last few years. 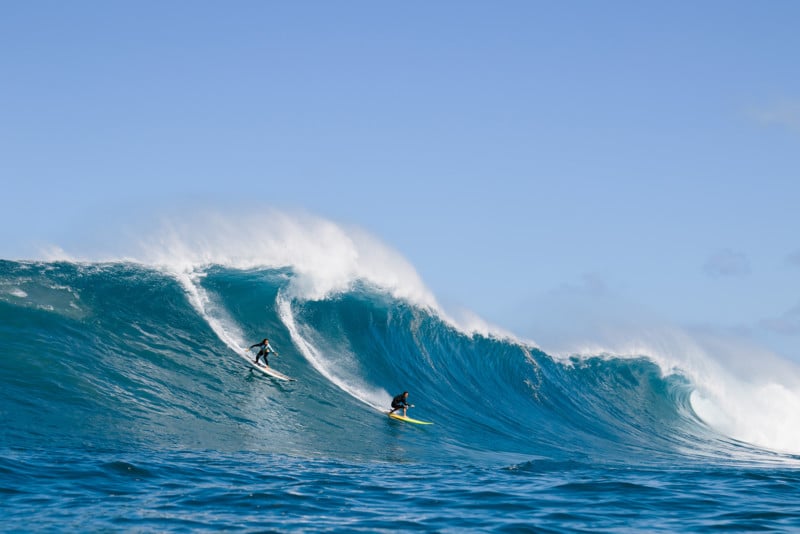 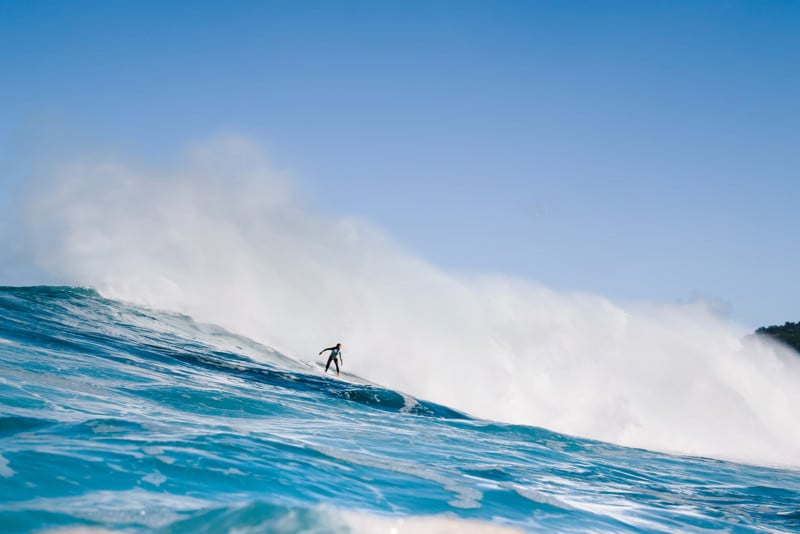 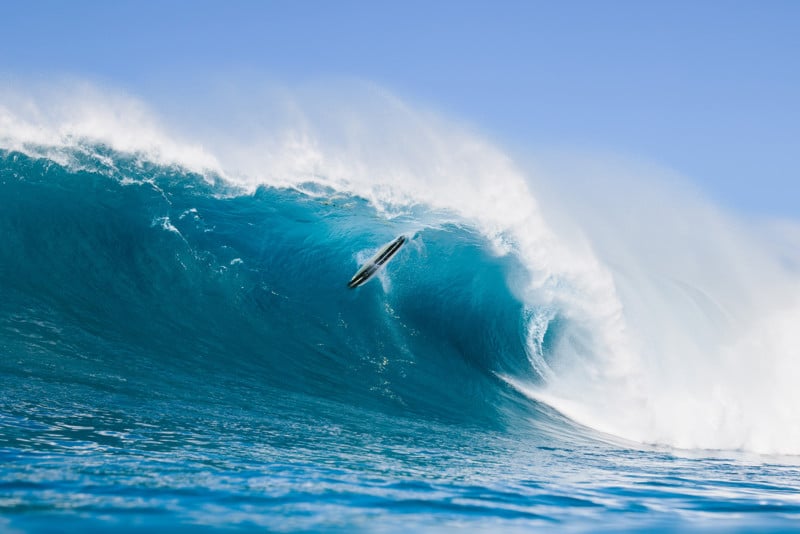 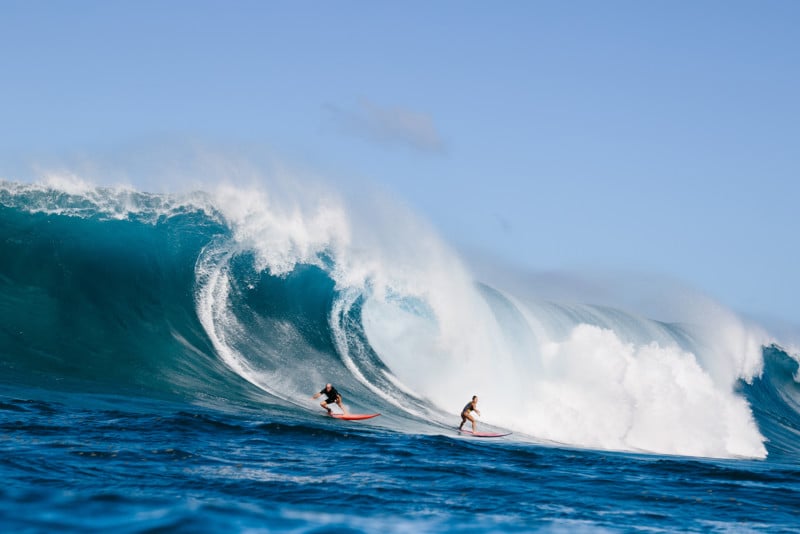 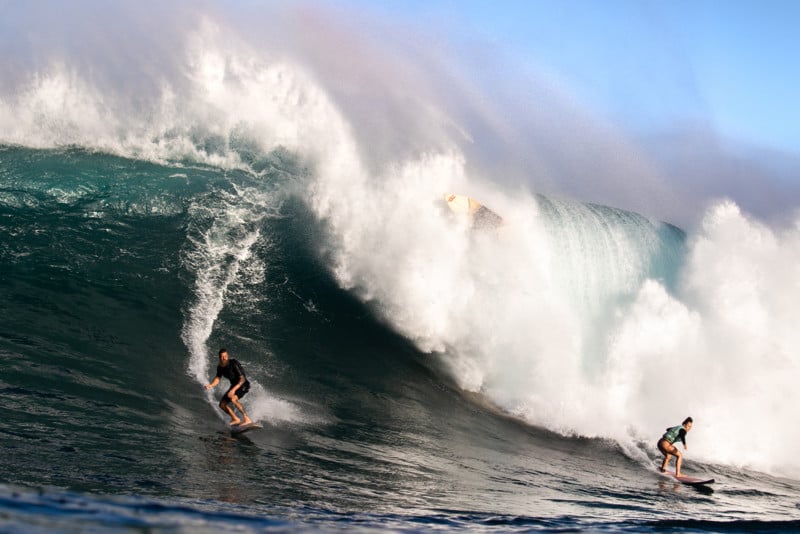